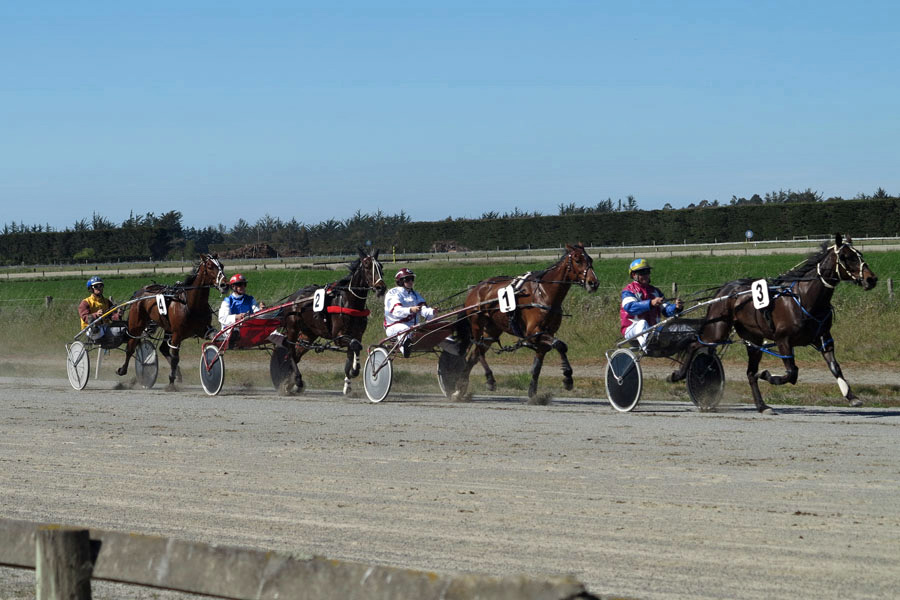 For many years a mainstay of harness racing activity around Banks Peninsula, the Saturday morning Motukarara workouts hit some speedbumps in 2019. These days however, the Motukarara Trotting Association’s fortnightly gatherings attract a lot of entries from around the district and beyond; enough to card full programmes offering valuable opportunities for trainers with learner-grade and returning racehorses.

Since February 2020 when the current committee led by Murray Edmonds took charge, horse numbers at the fortnightly workouts have been growing steadily, Covid permitting.

At the latest meeting on 24 October, the Association ran ten heats – four on the all-weather and six on the grass. Professional and owner trainers brought 55 horses to the meet, participation swelled with the Saturday morning scheduling that allows co-owners, families and friends to all get involved.

“Our meetings are important to the local harness racing scene “says Association Secretary Ross Cameron. “They’re perfect for the hobby trainers who can’t attend workouts during the week.”

Association Treasurer Lyn Horsburgh looks after the office on the day. “We’re all volunteers of course, and we appreciate the positive feedback we’ve been getting from trainers”, a busy Lyn tells us between tasks. The canteen is clearly popular on a Saturday morning. “There’s food and drinks available on the day, pies and an array of homemade goodies such as sandwiches and muffins”. 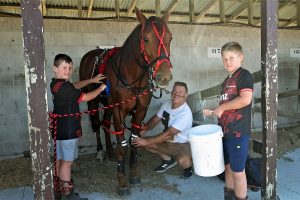 The workouts are generally scheduled on alternate Saturdays to work in with Chertsey, so when both are running there’s a meeting in the wider area every week.

Family participation in the workouts at Mot is demonstrated by the Manson family, bringing along their horse Copperhead Rose. Greg Manson has recently returned to training after a ten-year absence, taking charge of the six-win stallion on the passing of Don Jones. “Don was a boss, a mate and a mentor,” says Greg. “We took up the ownership and got six rugby club parents involved who had never owned a horse before”.  Sons Beau and Jay are there to give Dad a hand, before heading to the stand with their mates to watch the workout.

The area around and including Banks Peninsula represents the very heart of harness racing in New Zealand. Blessed as it is with an environment that’s ideal for equine pursuits; and a heritage that goes back to leading players of the early days: people such as pioneering Standardbred breeder and owner Etienne Le Lievre, born in Akaroa in 1854 from early French settler stock, and brought up in the days when the horse was still the most important mode of transport in those parts. 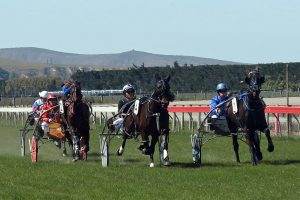 Harness Racing can only benefit when facilities like Motukarara are accessible to local enthusiasts, and when they use them well. That’s regardless of whether they see their chosen pursuit as an industry, a sport, a hobby, or all of the above.

The Motukarara Trotting Association is certainly playing its part: putting on a day that’s one important part of the journey, whether the next step is  back to Mot for its ever-popular grass-track racing, or on to the city and the bright lights that all involved dream of shining under.

A grass-roots activity with a lot of grit, one could say.