Club Competition Resumes with Round 2 on Sunday 22 November

In the race for leading trainer, Robert Dunn led the field after Round 1 in September. The stable has just three runners this time. Expect Huego Bos to collect points, quite possibly the maximum, in Race 4. Dunn’s nearest competitor is Trent Yesberg with two runners. Dismara (R10) is likely to keep the margin tight at the top, while Adam Patron (R7) could come quickly into form. We’re keeping an eye on Jim Curtin (Kerala Star, R2 and Chal Be, R7) and Robbie Holmes (Buckingham, R3 and Kahress, R9) as likely movers. 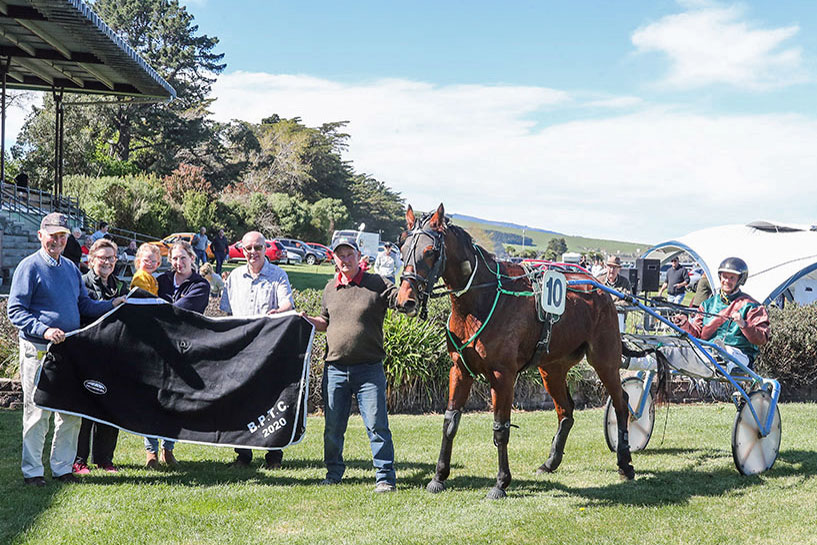 The Drivers’ comp is wide open with Round 1 leader Gavin Smith in lesser action this time. Adam Patron would appear his best chance to collect points. John Dunn is currently running second, and he’s almost guaranteed to shake up the leaderboard big time with his stable drive on Huego Bos and several likely outside drives. John Morrison is expected to lead the chase at day’s end, his best drives being Annie Richter (R6) and Voodoo Priestess (R7). Blair Orange scored just 1 point in Round 1, and he’ll be out to make amends driving Mongolian Marshall (R3) and Mikemaro (R5) amongst others.

In the Junior Drivers section, current leader Ben Hope looks like having a quiet day, although Bromac Hype gives him a good chance for points in the Junior Drivers’ Race 6. We expect yet-to-score John Morrison to leap ahead, with a good book of drives including the above. Sam Thornley is currently in second and we’re picking him to stay there, with Royal Del a good chance in Race 1. Mark Hurrell will also feature if Dismara comes in.

In Banks Peninsula’s Filly/Mare of the Year competition, there’s a 4-way tie for first between Missy Moo, For Today, Jenabella and Sungait’s Legacy. The last mentioned is the only one of those entered on Sunday, and while her form has tailed off since winning in September, she’s in the mix if she brings good manners. Vesnina (R2) and The Bloss (R9) join Sungait’s Legacy, Bromac Hype, Annie Richter (equal 5th after Round 1) and Voodoo Priestess as likely points scorers.

It’s all on for a big day of racing and fun for everyone off the track at Motukarara this Sunday, first race at 12.30pm.