Club competition at the half-way point of season

Our race meeting on 29 December marked the half-way point in the season. In the club competitions, there’s a mix of fierce competition in some categories and a familiar look at the top in others. 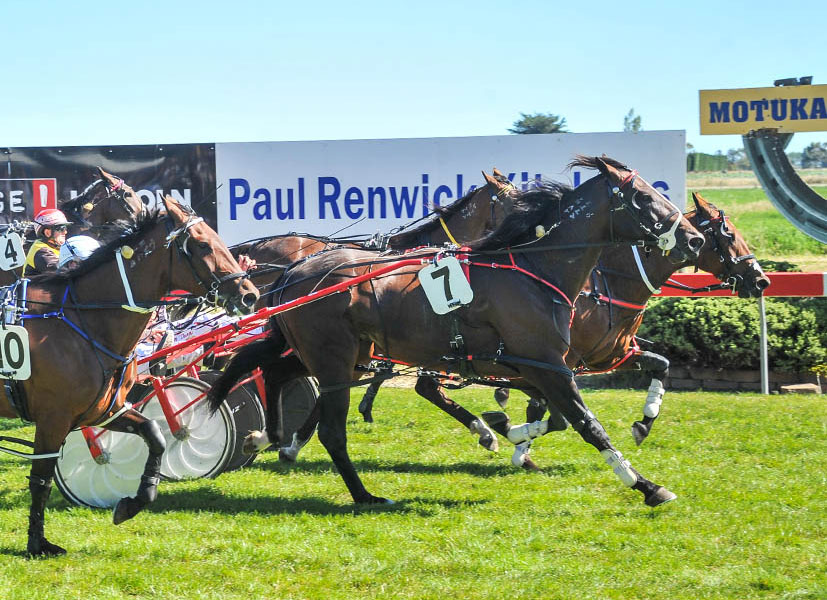 After three meetings the log-jam grows at the top in the Filly or Mare of the Year Award. There are 11 horses tied for first on five points, all the female winners of the season’s races to date. A feature of this comp is that very few fillies or mares have scored at more than one meeting. We expect that to change, and some good performances by early-season scorers will see them steal a march on the field in the chase for the for the Colleen Breen Memorial Best filly or Mare of the Year.

Robert Dunn still leads Trainer of the Year, followed by Ken Barron and Trent Yesberg. All three trainers had a good day on 29th, with Dunn collecting three wins, including the dead-heater Got You Covered in the feature race. His closest rivals had two wins each, Barron also landing the quinella in Race 4 with Idealingold and Still Trucking. Graham Court and Bruce Negus also scored two wins and head the chasing pack.

John Dunn (40 points) edges ahead of Blair Orange (39) in the Drivers’ race, with a big gap to Matthew Williamson in third (20). Dunn and Orange both landed three winners each, while Williamson scored a double in consecutive races with the Yesberg pair Shady Ruler and Majestic Action. First day leader Gavin Smith holds on to 4th.

In the Junior Drivers competition previous leader John Morrison failed to score on 29th, allowing Ben Hope’s placings to draw him level on 14 points. Race 9 dead-heater Sheree Tomlinson is in third. Two newcomers to the list are Laura McKay and Devon van Til. Devon ran second on Idealindreams in the Junior Drivers’ race at her very first race day drive.