The Clubs Easter Monday meeting concluded the season with full fields and fine if rather windy weather.  We welcomed a good crowd on course  and saw again the highly competitive racing that is a feature of Motukarara harness racing. The day gave us the opportunity to thank all our trainers, drivers and stable hands for their support during the season, with our traditional April barbeque that as always was well received by all participating.

As always we provided plenty of entertainment for the kids. This included a Treasure Hunt around the racecourse and some Easter Eggs as prizes.  The kids and parents loved the idea and for most it was about the fun participating rather than getting an Easter Egg at the finish.

The feature pacing race the McMillan Feed Barn Trainer of the Year pace was won by High Flying Harry, giving Devon van Til the first win of her career. Fittingly given the race’s name, trainer Robert Dunn clinched the McMillan Feeds-sponsored Trainers competition with that win. A race earlier John Dunn, who had already secured the Driver of the Season prize, drove his 100th winner of the season on RocknSnap. The race for the most tightly-assessed trotters, the Morrie Molloy Memorial Trot, went to Sally Lindenny for Gerard O’Reilly and Kevin Townley.

That concludes a memorable racing season for the club at Motukarara. This season also concludes Wayne may’s term as Club President. Wayne will be missed in the role, but with Cam Bray stepping into his shoes we will remain in good hands heading into the future.

We extend our appreciation to all our supporters, and look forward to seeing everyone again when the 2021/22 harness racing season rolls around. 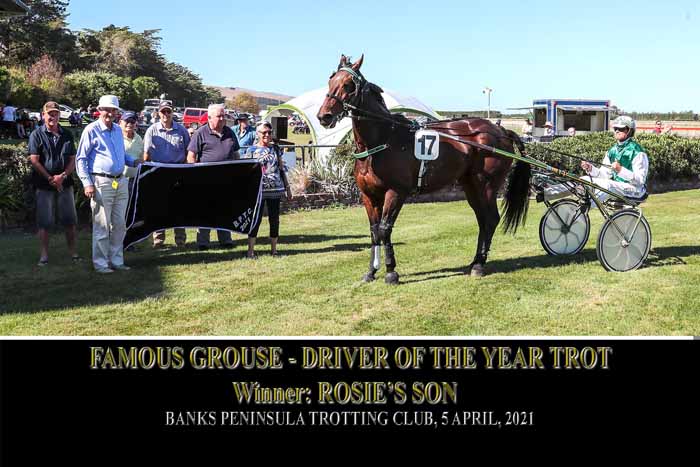 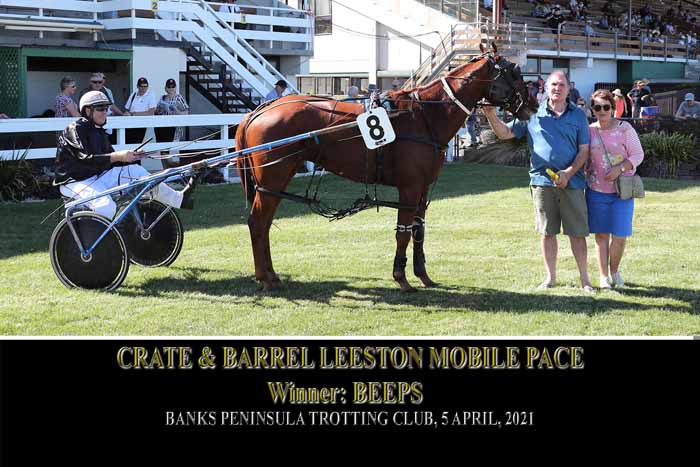 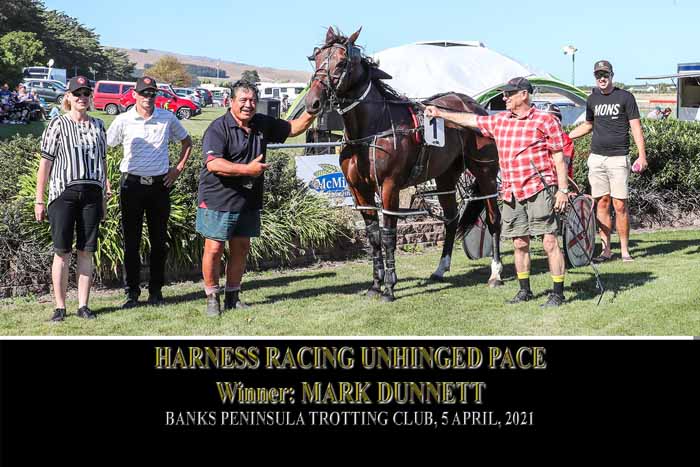 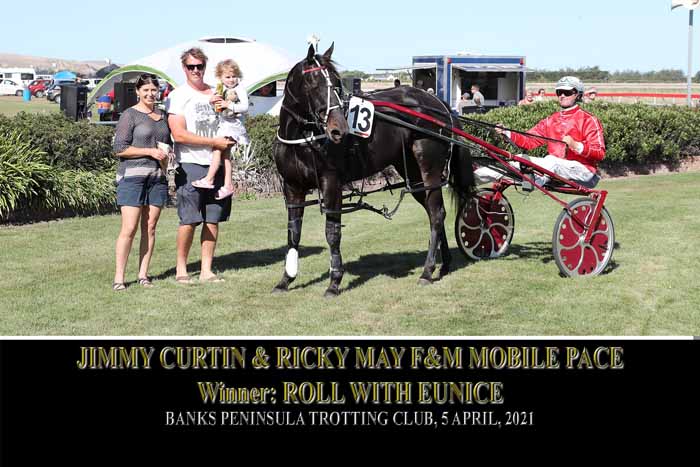 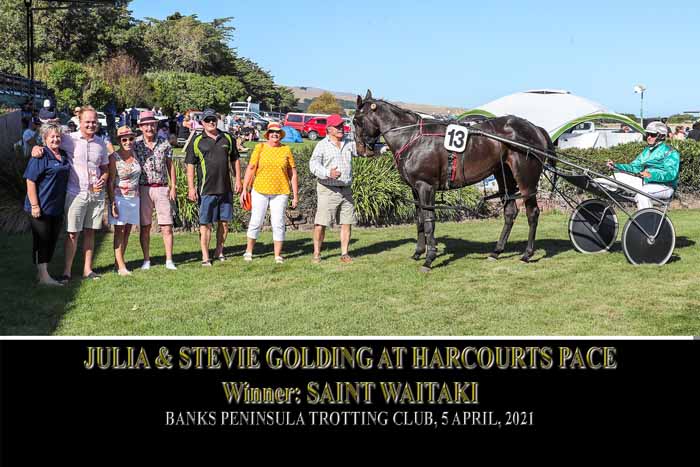 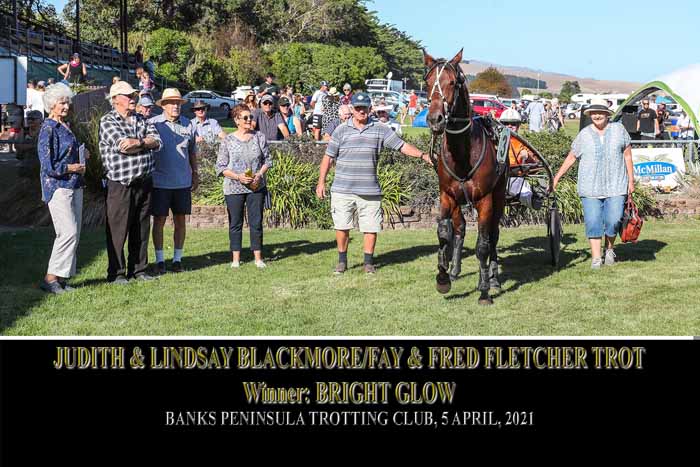 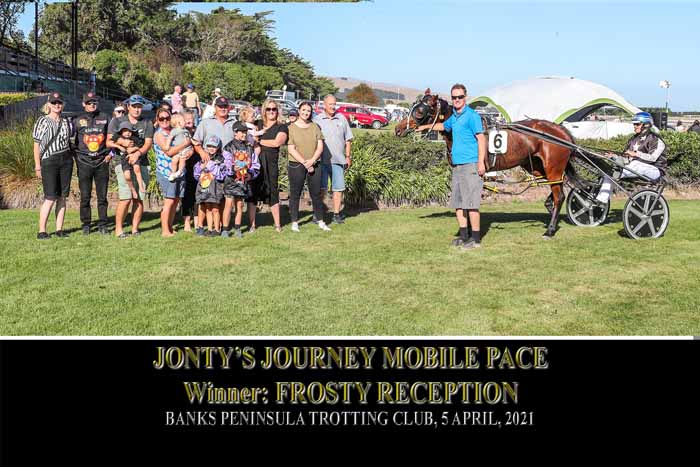 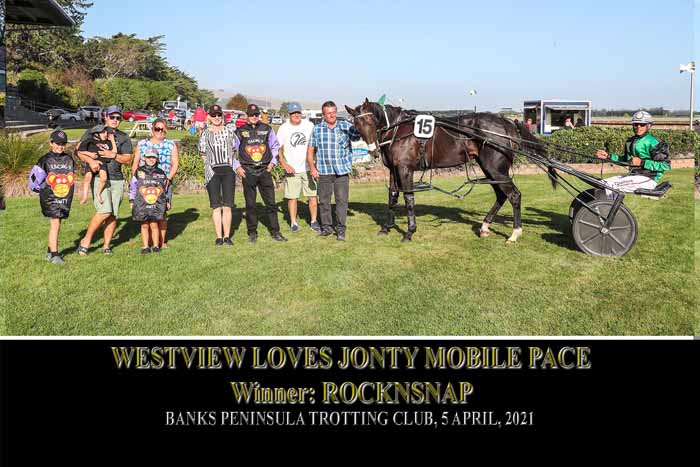 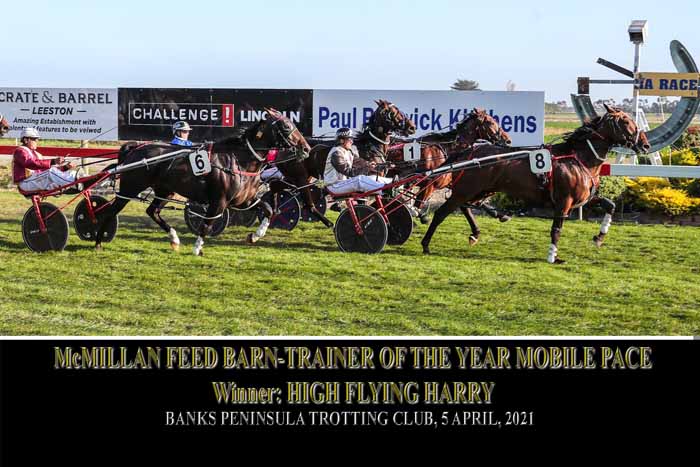 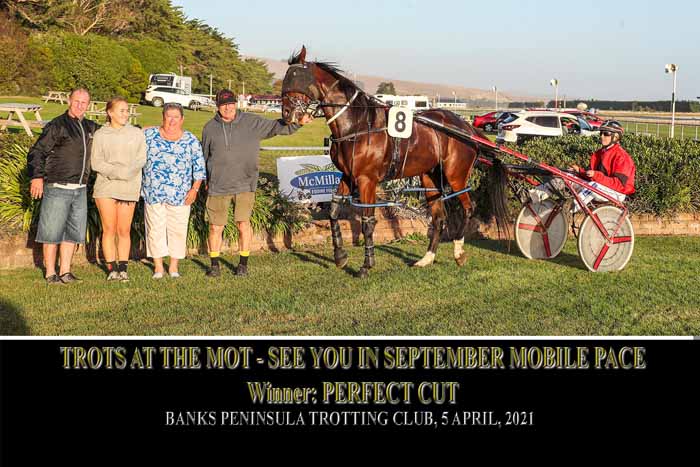 Thanks to AJ from Race Images for these photographs. All the day’s racing photos are available through Race Images NZ’s Harness Racing pages.